Compare Quotes from Top Suppliers & Save Up to 40% on Your Transport Costs!
Find The Best Packages
from the Best Networks 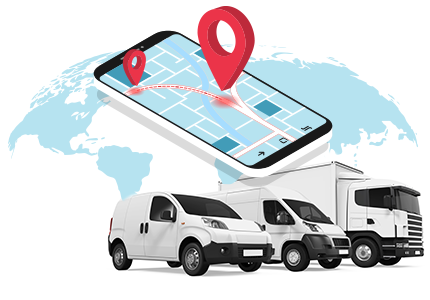 In more ways than one, passive vehicle tracking systems turn their disadvantages into actual advantages.

Passive systems can often monitor and store more data, from more data sources, than active systems. Engine diagnostics analysis and reporting is often more detailed than on active tracking devices, and the absence of wireless, on-the-go data transmission minimises the risk of errors.

As they are less sophisticated, passive vehicle tracking devices are often cheaper to purchase, and even robust systems may cost less than a hundred pounds.

The fact that there is no wireless data transmission means that no data plan needs to be paid for - and these can be quite expensive in the long run - no server, no complex software need to be installed. Businesses which only need to monitor routes used by the drivers and mileage do not need to invest in more expensive systems.

Beyond the truism, the fact that passive systems work offline can be considered as an advantage in many situations: when data cannot be transmitted, during a network breakdown, it will be much more complicated to retrieve the data collected by an active system, than to simply remove the memory card as is done with passive systems.

Passive vehicle tracking devices have evolved, too. Modern devices do not need tp be pulled out of the vehicle, and can transmit collected data wirelessly when the vehicle is back at its base, using short-range radio signals.

Unfortunately, disadvantages of passive tracking systems may still represent a real inconvenience for some businesses.

Generally speaking, the manager does not have control on the vehicle during the ride. This is especially problematic when off-route vehicles need to be rerouted in real time before they get completely lost.

The lack of real time data transmission also means that delivery time cannot be precisely calculated: predictions have to be calculated beforehand. So it’s much more frequent that the customer gets his goods late, or that the vehicle gets back to the base later than it should, compared with active tracking systems.

Still complicated to use

Although some modern systems allow wireless data transmission at the base, most systems still require manually pulling the device out of the vehicle, and manually connecting the device or memory card to a computer. Wireless-capable devices are understandably more expensive - but what’s the worth of buying a passive vehicle tracking device which turns out to be as expensive as an active system?

Discover the buying guide for Tracking