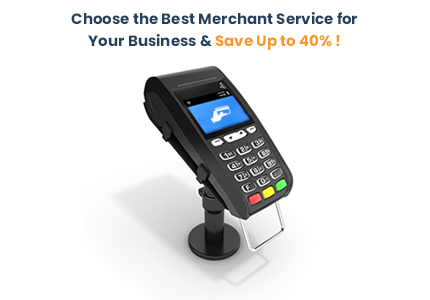 Lloyds, a familiar face on the banking market

Lloyds merchant services are an essential element in the history of Lloyds, one of the oldest British banks. They are now concentrated under the umbrella of the Cardnet brand.

Founded in its original form in Birmingham, 1765 by button maker John Taylor and Quaker iron producer and dealer Sampson Lloyd, the bank is the second oldest in the United Kingdom. Lloyds merchant services have been part of the bank’s products since its inception, as the bank originally focussed on business lending. In fact, Lloyds even briefly issued banknotes before the Bank of England was granted a monopoly.

Very much in the same way Barclay did with Barclaycard, Cardnet was created in 1997 as a subsidiary of Lloyds to become the home of all Lloyds payment services, and therefore, all Lloyds merchant services.

Customers are grouped in three categories:

- Corporate for anything above that figure,

Lloyds Merchant services include all traditional payment processing services. But the fact that the bank has developed into one of the largest commercial banks in the UK and the world allows for many other services and benefits to enter the picture.

- Lloyds also plays the part of the acquiring bank.

Lloyds merchant services may will include the following fees:

- a minimum monthly charge of about £25,

- an authorization fee of about 3p per transaction,