What are the types of merchant services?

Is it the end of credit cards?

Credit cards generate big profits for the banks that issue them, but contactless methods are likely to dominate consumer payments in the future.

Credit cards are used for about 10 billion transactions a year, worth close to £500 billion, making them enormously profitable for the banks and specialized finance companies that issue them. But proposed restrictions on fees – along with plastic cards’ incompatibility with online payments – are posing a threat to their profitability.

Whenever a customer pays for a purchase with a credit card, the retailer's bank pays an interchange fee to the cardholder's bank, often up to 2% of the purchase price. But earlier this year the European Commission proposed rules that would cap charges to 0.3% for  credit card payments , reducing interchange revenues for UK card issuers by an estimated 70%.

Industry watchers sense in this move the beginning of the end of credit cards. Plastic’s future is also clouded by its poor compatibility with online payments, as it requires consumers to enter a 16-digit number, addresses, start and end dates, codes and PINs. Cards are also susceptible to fraud, especially when used online. 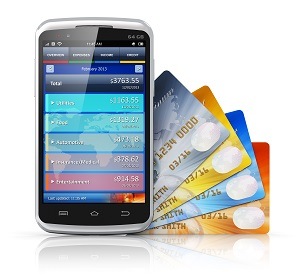 The future is contactless payments

The future seems to be moving toward contactless payments, whereby consumers use their mobile phones to control their bank accounts to pay any retailer, anywhere, any time.

No one expects credit cards to disappear overnight. But major card-issuing companies – which set the rules of the payments game – are spending heavily on new contactless payment methods and digital wallets.

The banks have a major advantage over new competitors in the contactless payment future because they own the accounts where customers keep their money. By enabling customers to use these accounts to make payments directly wherever they choose, big banks will have the opportunity to retain their dominant role in consumer payments.

What are the types of merchant services? – frequently asked questions :

For more information on Merchant services go to our buying guide